Week 83: Spending the week with General Authorities, Could a transfer finally be in the works?

Posted on February 9, 2015 by poyfair
Hello friends and family!
This week was spectacular. Our mission recieved a visit from Tad R Callister, the Sunday School General President, and Elder Ellis from the first quorum of the 70, and Larry Gibson, from the Young Mens general presidency.
It was such a spiritual day but so much work and preperation went in to making it happen. Luckily, everything went…. mostly well. 🙂 There were definately some hiccups. We arrived there at the chapel the morning of, about 2 hours before the general authorities were supposed to show up with President Kretly, and the chapel was DIRTY and very hot, and we couldn’t find the air conditioning remote anywhere. So we are calling the branch presidents and stuff, and none of them know where it is, and it is SO hot inside and we are frantically cleaning and trying to find a white board and stuff. President showed up with everyone and things were mostly good, I happened to be by the door when they all walked in and got to be the first one to great everybody. It was pretty funny!
Their messages and the things them and their wives shared were awesome. I hit it off pretty well with Brother Gibson and his wife, I was translating for them from portuguese to english and we talked a lot, making jokes and stuff. He is a funny guy. He called on me for a lot of the questions, and it turned out that his great great great grandpa or something like that was the missionary who baptized Joel H Johnson, one of my ancestors! So we got to talk about that as well.
Elder Ellis was great as well, but Tad R Callister’s part was amazing. He taught us the Plan of Salvation in a way I had never heard before. It was incredible, we all learned so much and the spirit was very strong.
Some of the general authorities wives were sick, and President Kretly left to go pick up some medications during the conference. He was gone for quite a while. Then he showed up, looking pretty stressed. After the conference ended, he called me and Elder Reinstein up, and told us that there was a problem. What had happened was, he arrived from Beira at midnight the night before, and we had dropped off the 15 passenger van at the airport earlier so he could use it to take people home. Well, after the meeting, he told us that as he went out to get the medication, he ran out of gas! We forgot to fill up the van with gas.
alsijdfa;moxwfxaiojaf;o,awefiwoi;eacm;oxaiajofw;wijoa we felt so dumb. How do you forget to put gas in the van?!?!?!? So yeah. That happened. Needless to say it will NOT happen again. 🙂
After that, the authorities went to lunch, and after lunch they had planned some visits to member’s houses. One of the members that they went ot see was Justino and Cacilda! President and Sister Kretly took Tad R Callister and his wife for an hour visit in their home. Just to refresh, Justino and Cacilda are the family that me and Elder Douglas baptized last may, and he became the Branch President of our branch. One of my favorite families I ever taught. 🙂 So it was SO COOL that Tad R Callister got to meet them! What was even better, was that President Kretly didn’t know how to get there, so we got to drive in front and bring them to the families’ house! We managed to steal a quick picture. Honestly, it is one of my favorite pictures of my whole mission. So much greatness in that picture, I am really proud. 🙂 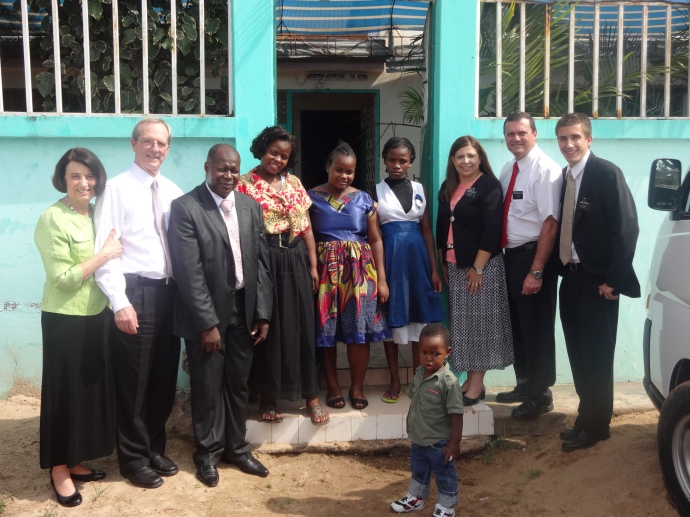 (From Left to Right) Brother and Sister Callister, Justin and Calcido and their family, President and Sister Kretly, Elder Poyfair (Dallin)

So that was this week. Today is technically supposed to be transfers, but they are not happening untilWednesday. However, there is a pretty good chance I am leaving! Other than the fact that I have been here for a whole year, President Kretly called us this week and said that he needs us both in the field, and that he did not want us working in the office AT ALL this transfer! The Kimballs would have to do it all. 🙂 He would need us nearby though, because there will be an audit later this month that he wants us there for, but we will only come to the office for those three days. He said we were key missionaries and leaders, and he needed us both elsewhere! So we will see what wednesday brings. I am pretty excited. Maybe I’m finally leaving. 🙂
So with that knowledge, we had a lot of training and cleaning out the office to do, tying up loose ends and such. We also had new missionaries come, which was awesome to work with the new missionaries and missionaries who are leaving, which gave us a lot of work to do as well. We didn’t get too much time in the area, but our families are doing good. We had a lot of people at church, and everyone is really excited to receive the stakes next week.
Sorry I don’t have too much time. We are actually at the American Cultural center, they have some computers here that we can use. Since we are getting kicked out of the Office, we have to go back to internet cafes again. 🙂 I kind of miss it. 🙂
Love,
Elder Poyfair

2 thoughts on “Week 83: Spending the week with General Authorities, Could a transfer finally be in the works?” 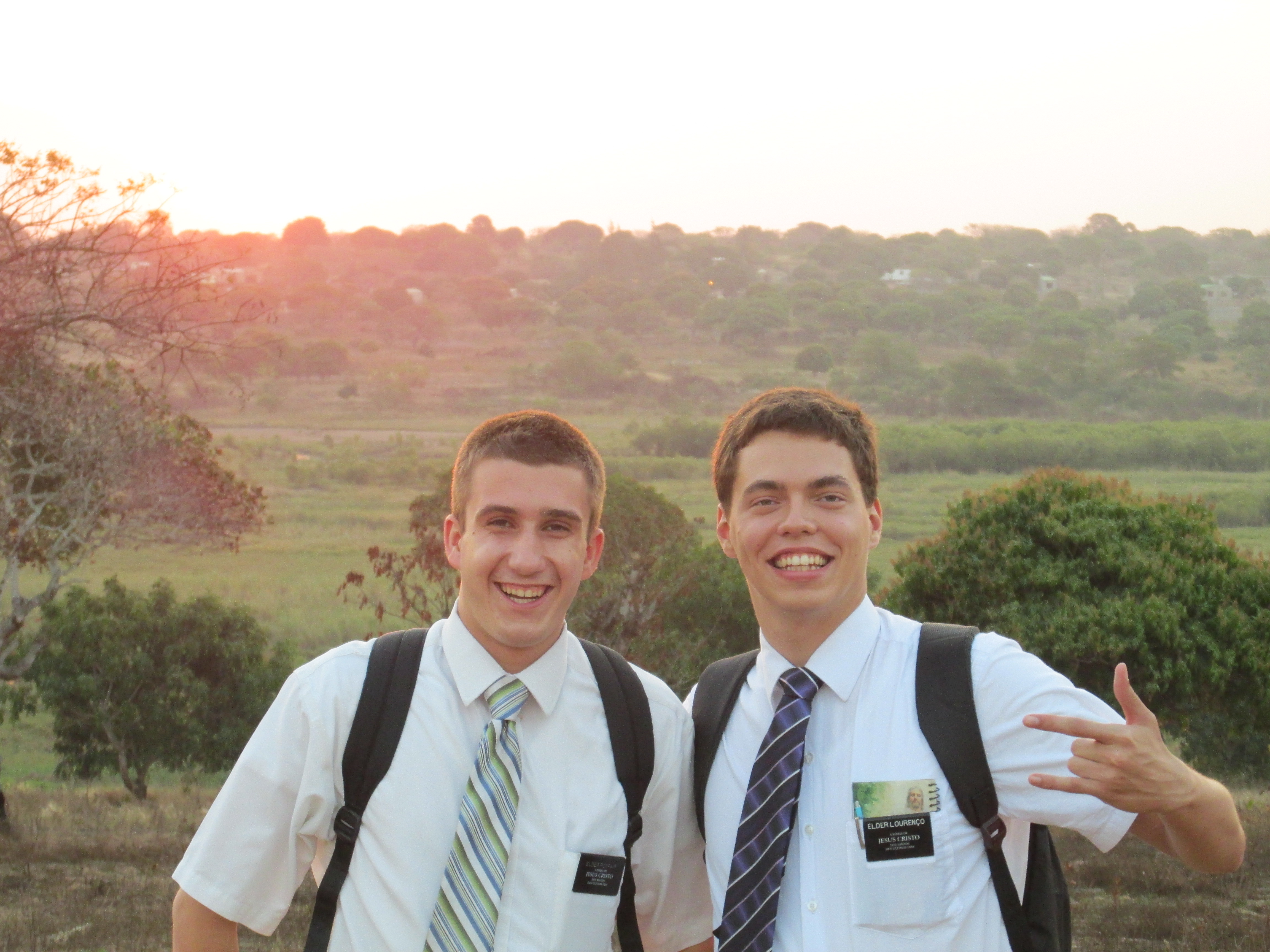 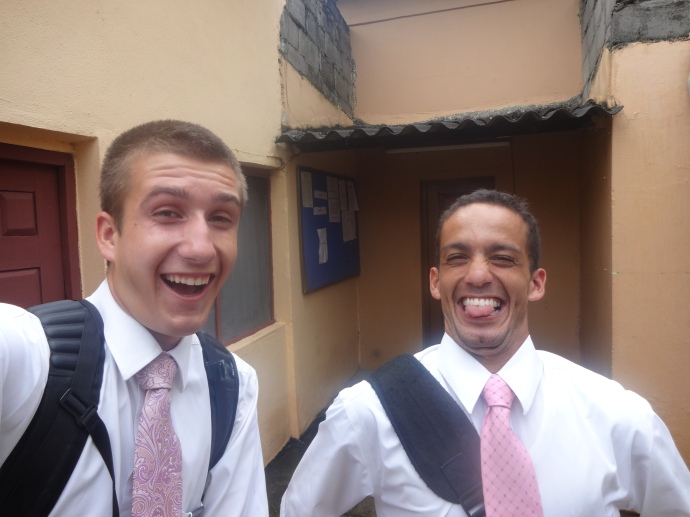 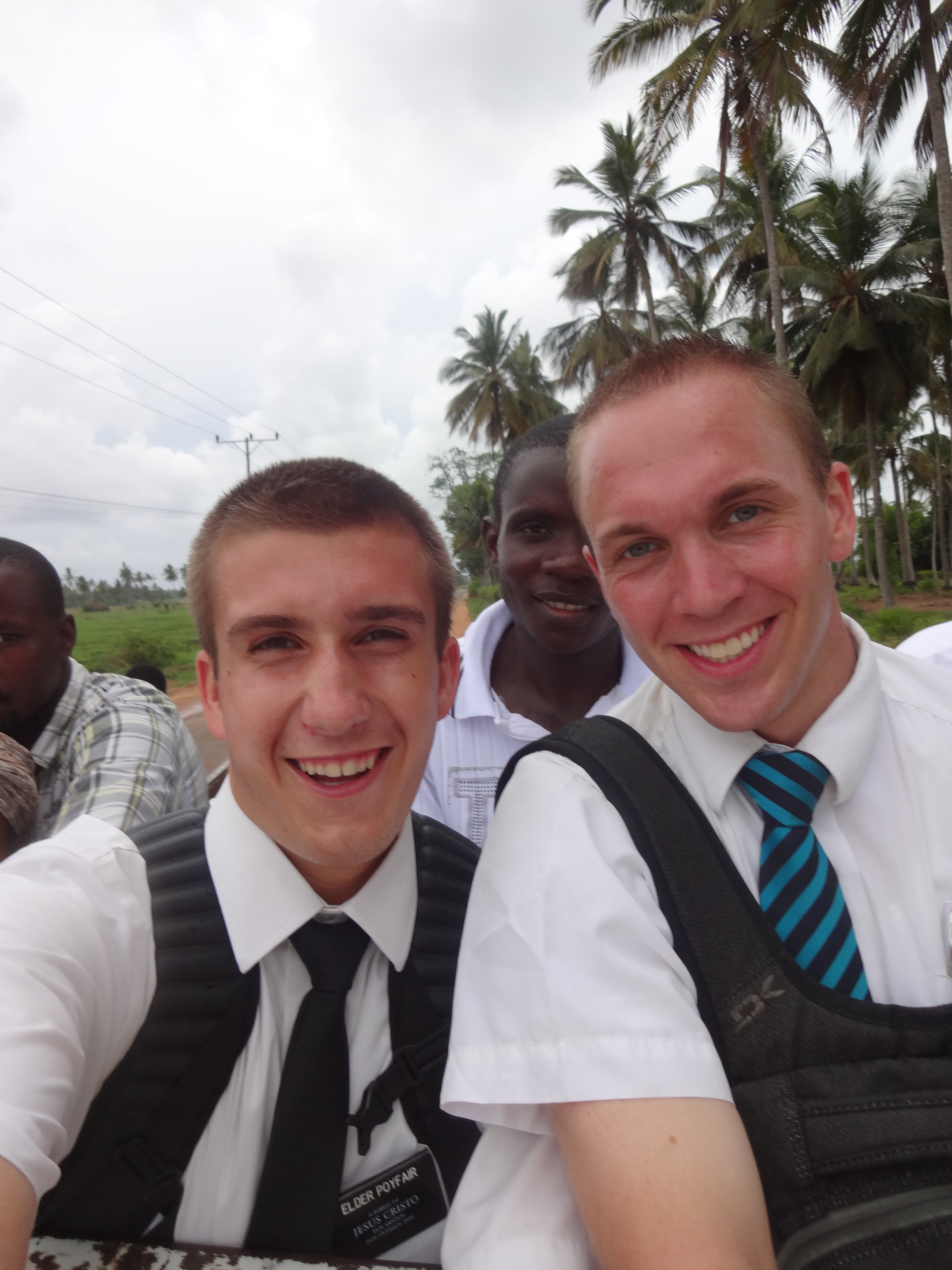